← more from
Solitaire Recordings
Get fresh music recommendations delivered to your inbox every Friday. 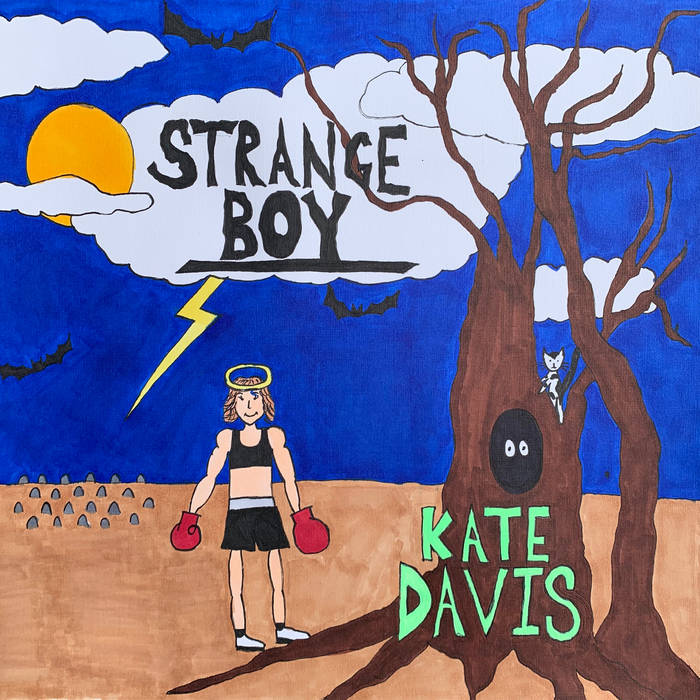 In collaboration with the Hi, How Are You Project, a non-profit organization dedicated to providing open conversations around mental health and well-being, Davis will release Strange Boy, a unique rendering that is named after the eighth song on Johnston’s original masterpiece.

Johnston, who died on September 11, 2019 at the age of 58, has long been a beacon to those making lo-fi bedroom pop. The crinkled quality he achieved by recording to tape made him a giant of the genre. His music, celebrated for its childlike tenderness and for the way he acutely described his own struggles with bipolar disorder, is part of his enduring legacy.

“When I first heard Daniel Johnston I was struck by the directness and clarity in his writing,” Davis says. “I wanted to gain perspective into that directness.”

As a homage to that original song — which begins with a three-minute recording of a man telling a story about meeting Johnston for the first time — Davis placed recordings of her own friends sharing memories that they have of Johnston as interludes between each of the nine songs on her new album. Most of the voices have been sped up to give the impression of someone fast-forwarding through a cassette tape. It’s a neat touch that adds both color and humor to the work.

Davis also put her own spin on the music, adding fuzzy psychedelic tones and warm rock and roll textures that position the cover album alongside her highly coveted indie rock debut, Trophy.

Endless thanks to the Hi, How Are You Project
www.hihowareyou.org

Bandcamp Daily  your guide to the world of Bandcamp